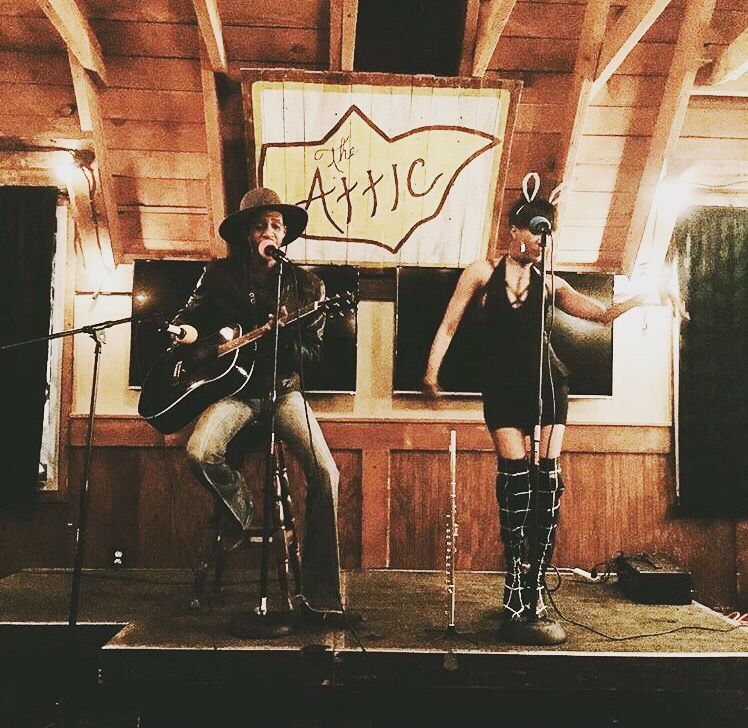 We hear about sibling teams in mainstream culture dominating many walks of life – in sports, in the film industry, and in music. However, they seem to elude us most of the time, so when we find a golden duo, they become very hard to ignore. I stumbled across this brother-sister duo, The HVTS and was hooked immediately. Take a look at them performing their original instrumental jazz track called “Jazz” at The Hotel Cafe.

It may take a special ear to groove along to their sound, but it shouldn’t take much to get wrapped up in their original beats. The chemistry between the two of them is obvious – the sibling connection is evident in the chords and melody lines. You can feel the chemistry vibrating through each note as they rock along to their smooth rhythms.

GunZ is a self-taught guitarist with an obvious natural affinity for the instrument. He practically becomes the instrument while he’s playing, and is always riding along, keeping tempo with his constant yet iconic chords. NVNDI always brings along her melodic lines that can be sulky yet sweet in their moodiness. She also pulls out her flute some of the time to jam along, woodwind-style. Though an unlikely match-up, it works. Her brother calls and she responds, and the two have natural chemistry that is simply hard to ignore. Watch this clip of them performing their original song “Dynamite” for the Tiny Desk Competition 2017.

The two are continuing to explore their music agenda – bouncing between funk, rock, jazz, and a combination of genres. None of their songs fully gravitate in a single primary direction – even in their jazziest songs they have a funky, rock-type guitar line that comes in and causes a unique fusion that’s hard to describe. The two are working on an EP, New Day, which they plan to release in the near future. They frequent many popular Los Angeles venues and are looking to share their talent all over. Check their page to see when they’re performing next so you can get a glimpse of this powerful dynamic DNA duo rocking out live! Check out their promo video for a few more clips of them performing!

Saxophone is my favorite instrument that I, sadly, cannot play. Today I want to highlight some of the best sax players Gigmor has to offer. Whenever saxophone is added to a group’s dynamic, it is a surefire way to add some spirit to your performance and some soul to your sound. Adding a saxophone player might be the perfect one-up your band needs so check out a few of our favorite videos featuring musicians performing brass-wind.

First up is Peter Van Siclen, an extremely talented songwriter/composer. Peter got his Masters in Jazz Composition from UMass Amherst. Check out his looping cover of “The Damariscotta Shake” on sax and his wind synth. This guy is seriously talented and looking to compose and perform more so be sure to shoot him a follow and reach out.

Next up is a 15 year old Collin Logatto, better known to Gigmor as MrSaxMusic. A Long Island teen, Collin is extremely talented for his age. He has played at CitiField during a Mets game, as well as all over New York. Enjoy the young talent’s solo from Bruce Springsteen’s “Thunder Road” and be sure to follow his page on Gigmor.

Willie Moore is proud to call himself a saxophone player. He hopes to meet more people across the industry who can push him to become as good of a musician as he can possibly be. Willie specializes in Soprano sax and loves to play jazz and neo-soul. Check out his smooth sounds below and be sure to follow his page and reach out.