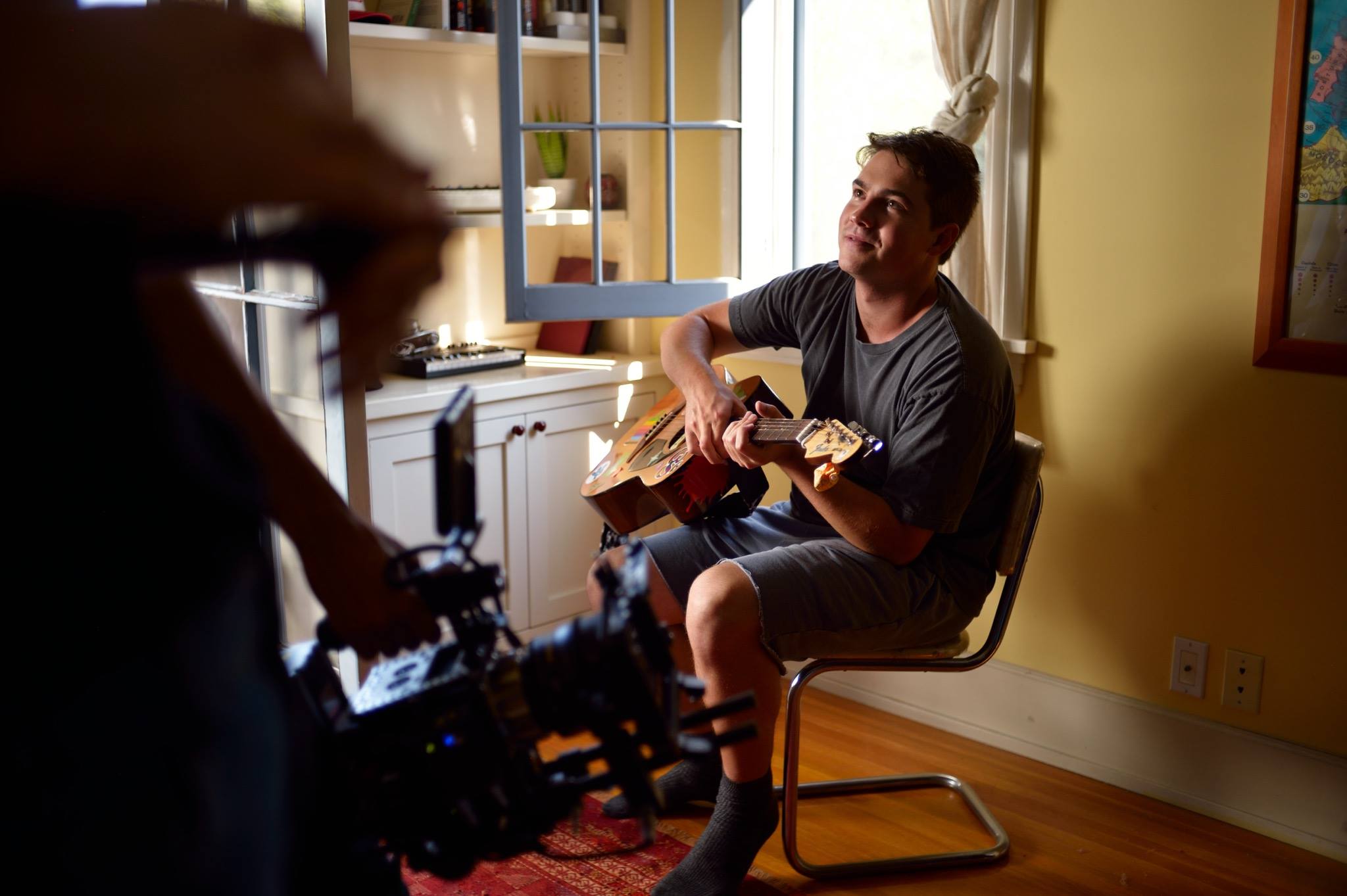 Spotlight on Alex Bloom: The College-Grad Among Us With An Album

It typically takes people a long time, or a while, or a lifetime to figure out what they want to do (in your career, in your life). And it usually takes even longer for most of us to figure out what we are good at (in our careers, and in our lives). Through the rose-colored frames that artistry brings, it’s easy to imagine that the creative types have it all mapped out in front of them. From the outside looking it, the artists seem cosmically preordained.

Gigmor sat down with Alex Bloom, a recent graduate of USC’s Thorton School of Music. A couple of months after graduation, he released his first solo project, Blue Room. Lyrically and musically, the album is touching. It’s only noticeable similarity to music today is in how original it is. Blue Room has complex simplicity —á la the Beatles—with nuances of Fleet Foxes folk and something similar to Elliot Smith. It’s a first album to be proud of. Alex spoke with us about his college experience, his non-cosmic ordination, and how he wrote the album.

Alex: May 6th it was finished. And then I finished up a short film that will be coming out to soon for the album. feels like something coming to a close. I’ve been getting a lot of really great feedback, and it’s opening a lot of doors to writing with other artists or producing with them.

It’s like updating your LinkedIn profile after you getting a job, isn’t it? The second you get a job, the Internet starts e-mailing you.

Yes it’s like that. When I put out the album I started getting contacted by more musicians and artists being like, “Oh, you make music, too? Great, yes let’s collaborate.” And it’s really nice to feel some sort of validation for all that I’ve been working on for so long. In the meantime, when all things aren’t focused on writing and music, I’ve been working in a studio. I help with production and other little odd jobs around the studio. So that’s been cool. I don’t know, life is in a little bit of weird place right now.

I spend a majority of my time writing demos and working on music.

I have another age-related question for you. I think that a lot of kids our age (the recent college grads and 20-somethings) are going through the motions of what they think they should be doing right now. They aren’t sure how happy it will make them in the long-term or even sometimes in the short-term, but they are doing it anyways. Do you feel that way ever about music? I’m trying to imagine what these feelings would be like for a young musician or artist or anyone that has started in on some specific, more creative path.

I’ve been working on music since I was about fourteen or fifteen years old. I’ve always had that to fall back on no matter what happens. Going to music school was kind of a consequence of that. I wanted to make music and become a better musician in whatever capacity I could. I still have this thing, writing songs and doing music in general. I guess the difference between me coming home from music school and someone like you coming back from Michigan — they have a job that they go to from 9 to 5. There is more structure there. I do all my ‘work’ on my own time. Or all the time. I don’t know, it sounds cliché.

No, no it doesn’t, it makes sense. You’ve figured it all out then, no more struggle.

No, honestly it feels more like a constant struggle. I worked with a producer once who asked me about my highest aspiration for my music career and where I see it going. And I couldn’t really answer him, because I haven’t really thought that far ahead. So it’s pretty scary because I don’t know what lies ahead, and I don’t know what will be required from me moving forward in this career path. I just have to keep doing what I’ve been always doing since I was a kid. I’m lucky that I get to do what I love, but it’s still pretty scary. So I combat that fear with low expectations.

Makes sense. Let’s get into the making of the album. How was the writing process for you?

I decided last summer that I wanted to record. I was making demos in a studio in my backyard. I watched a bunch of YouTube videos to teach myself different instruments, like learning how to play the drums and tune them, too. I loved doing it, and I learned how to arrange music in the process. A lot of these songs were from that. Three or four are just from me in my backyard. There are a couple others that will never see the light of day.

In terms of when and how I wrote them, it was a gradual thing that happened over the past year. I wrote “One More Shot” in November of this year. It really all came together at the end of the year — I was taking too many credits at school and things got busy. So I’m glad I eventually got myself to complete it.

How did your music school education play into the making of this album? I don’t imagine that you sat down and wrote charts out for it. It was probably more organic than that, like you just messing around in your backyard.

Yeah, yeah that’s interesting. Writing and composing music for class is so much different for a class. I took a music arranging class and learned a bunch of things that nobody really needs to know about. Or with music theory classes, I would look at the mathematics of music. But when I’m arranging and writing my own music it’s all just by ear. I’m not bogged down by the logistics of it all, of all those things I learned in school, and I think I’m lucky to still have that. That was one of my biggest fears when I got to college, especially since when I got there I didn’t know how to read music.

Oh yeah. They are the band that I always go back to. They’re probably my favorite band.

It’s that developed pop song vibe you’ve got going that made me think that. The pop song that sounds simple but is highly developed. Kudos to you there.

Listen to Alex Bloom’s album, Blue Room, on Spotify, iTunes, and Apple Music, and make sure to check out his profile on Gigmor. 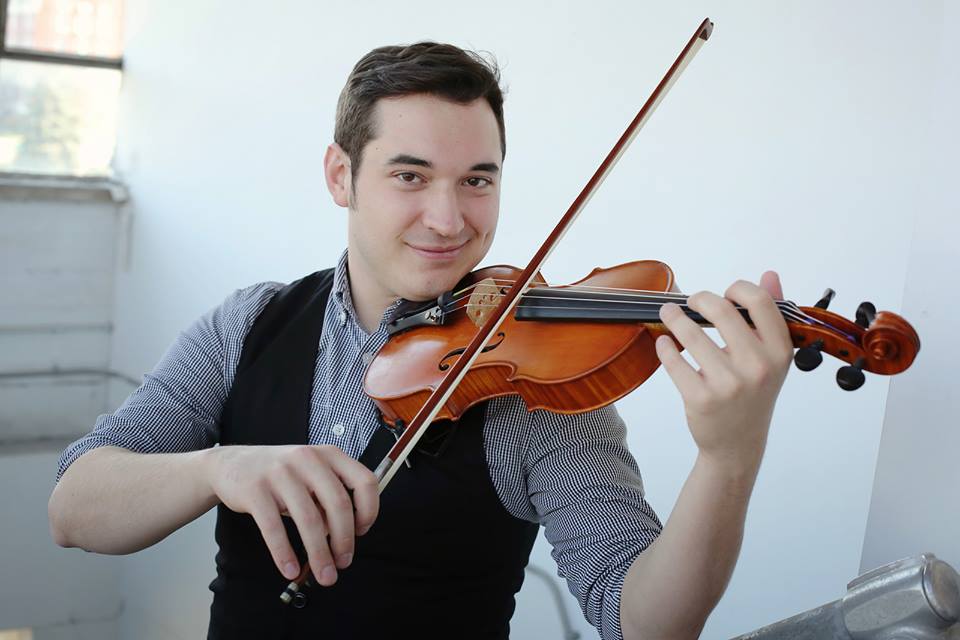