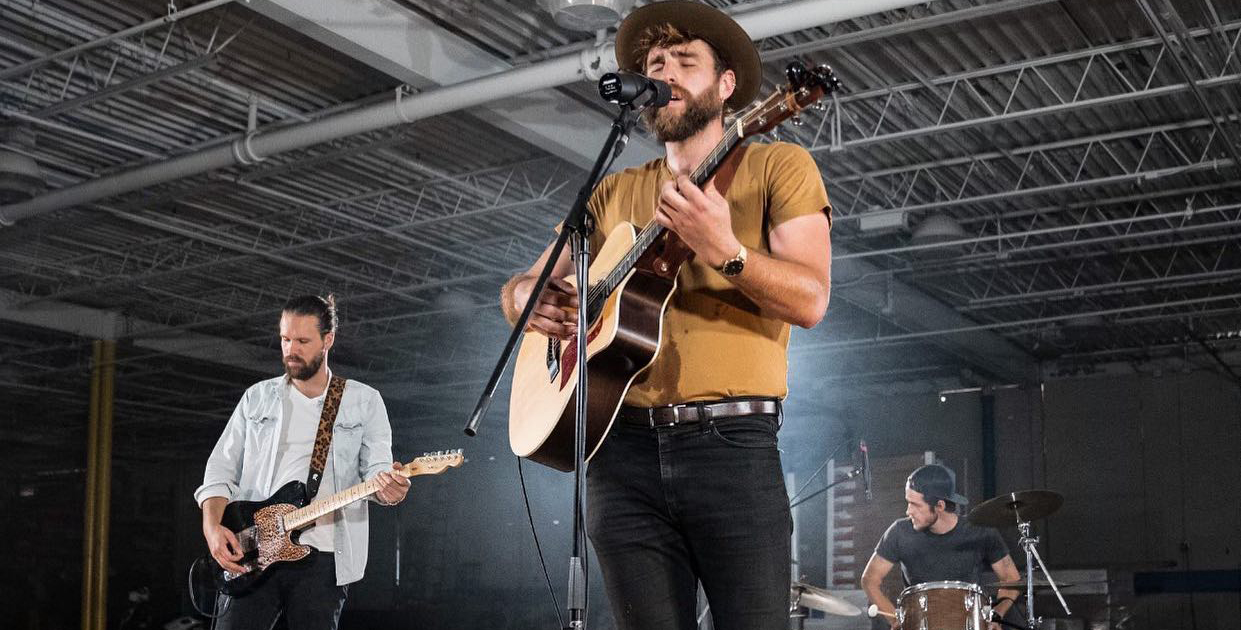 We sat down with Ian Cochran, the frontman of Cowboy Diplomacy, to discuss the new single “Easier When I’m Stoned,” released on November 5, 2021. The smooth, swinging track stands in stark contrast to their previous release, a hard rock-esque album “Burn Down the Road,” that debuted in 2019.

This new release touches upon the subject of substance use — Ian said he noticed how people would turn to various vices to make living and completing tasks easier, and was inspired to collaborate with the band on a track that could comment on that. While the title refers to smoking as a vice, Ian noted that the sentiment of the song could revolve around anything one turns to in order to get through every day.

After the past year, I’m sure many can relate to the central message of the song. It’s interesting to note how the more intimate sound of the song following the loud, rocking “Burn Down the Road” comes off the heels of a pandemic where many of us were faced with wide introspection. It seems many artists have produced and written more living room-friendly records and tracks following a time period where the world was indulging in music from the comfort of our homes (i.e. the more introspectively written “folklore” from traditionally pop Taylor Swift).

Cowboy Diplomacy formed in Austin after Ian and bassist Brad Bentley moved to further pursue music, and from there, Ian remarked that meeting people who were interested in the band’s intended southern rock sound was easier than ever. Their success in the Austin music scene is evident, complete with various accolades and audience-voted awards from the Austin Chronicle, including the runner-up title for Best Austin Band in 2019.

The return to live music, Ian says, has been successful for the band and they look forward to more shows in order to promote their new music.

Here’s “Easier When I’m Stoned,” available on all streaming platforms: