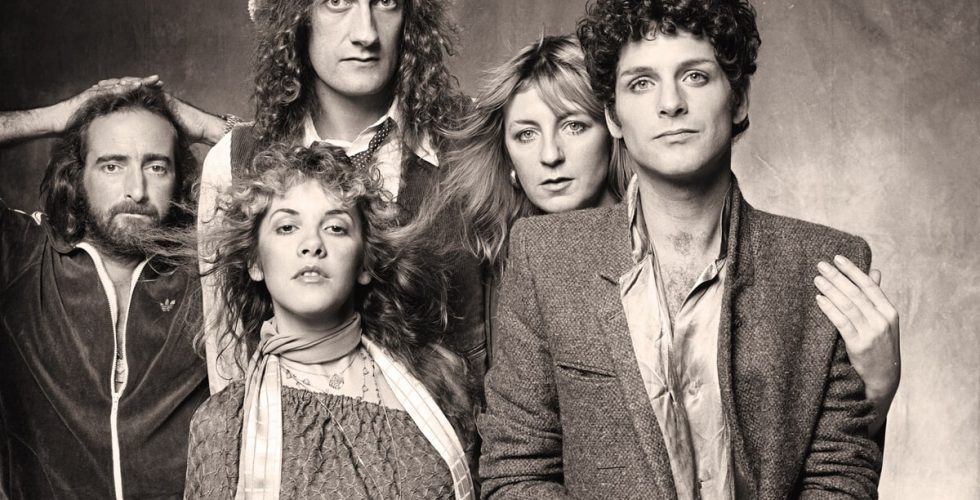 An album sewn together by inter-band relationships with too many drugs, too much alcohol and as much vulnerability mixed in, it has remained a music staple for a generation that doesn’t even listen to full albums anymore. In this age of mass musical production and formalized success, listening to an album in its entirety and digesting it completely feels like a thing of the past.

Fleetwood Mac’s Rumours acts as the exception to this new normalcy. On many nights my freshman year dormitory hall would play Rumours from beginning to end on repeat. It acted as the soundtrack to our procrastination and was only listened in full. If received incompletely, the thrill and meaning of the stories embedded within the album are diminished. From each song to the next, stories grow and add. Moving from heartbreak to hope, vacillating between pessimism and optimism, the album is a tale of raw emotion. The storybook nature of this album allows it to be untouched by time and adds greatly to its continued relevance. But this is only part of the musical puzzle.

Sonically, the album was inspired by contemporary music and new production techniques. It dithers between the pop and rock genres well enough that it doesn’t need to be categorized. So with immense musical talents and an endless stream of alcohol and drugs, Rumours emerged. Lyrical influences were easily accessed and found in the relationships flowing in and around the band. With the infamous yet endearing Stevie Nicks and Lindsey Buckingham love story, the dissolution of the McVie marriage, the brief Stevie Nicks and Mick Fleetwood affair, the hook-up generation could make heroes of these people. Failed relationships are a recurring motif, as is the pledge to end their existence. Lindsey mentions this and tries to guarantee his refusal of all relationships in the acoustically brilliant, “Never Going Back Again.” “Been down one time/been down two time,” he sings — haven’t we all, Lindsey. Next, and somewhat paradoxically, is the hopeful “Don’t Stop.” An intermission from the pain, this is sole pick-me-up song of the album. “Brighter days are around the corner” is the general message of this pop anthem before the album transition back into painful heartbreak. It is song passages such as these that delineate some of the great range of emotion the album canvases.

And then there’s “Go Your Own Way,” Lindsey’s “get away and stay away” ballad to his former lover Stevie. It is perhaps the most heart-wrenching song of the album, but mostly because of the heavy situation that lies beneath it. Excellently produced and lyrically potent, the ballad is heavy with emotion. Stevie’s actual presence in the song provides even more weight: she was present during the entire recording of the song, standing in the same room, providing backing vocals. That is rough, raw and personifies the power of the album perfectly.

Stevie’s response is the soft, heart-wrenching “Silver Springs.” Originally intended for the 1977 album, this song is the B-Side for “Go Your Own Way” that was released 20 years later. Now present on the deluxe version of the Rumours album, the song completes the story. Stevie’s voice holds the hurt and carries the listener through her view of the relationship’s demise. “Turn around and see me running,” she sings, obviously responding to Lindsey’s just go and “call it another lonely day” attitude of indifference. But the very creation of these songs emphasizes a distinct lack of indifference. Had true apathy existed, the album would be three or four ballads shorter.

Rumours provides what some look for in music: a frame of reference for making sense of the world surrounding us. People have so much in common: insecurities, fears, heartache, hope; the list is infinite. What people fear, in my experience, is revealing these similarities. The admittance of genuine emotion or feelings, in any regard, makes one vulnerable. And vulnerability is perhaps the most frightening emotion in the game. It is the precursor to one of two things: immense happiness or heart-wrenching sorrow. Rumours delves into these emotional ranges that generations of people have experienced. Feigned indifference can only get someone so far. Rumours is here for when the hurting, the doubts or the fears come creeping back in and logic isn’t helping. Stevie, Lindsey, the McVies and Mac have experienced it — and have written it all down — in one sonically awesome package that still works, even for those heartless millennials.