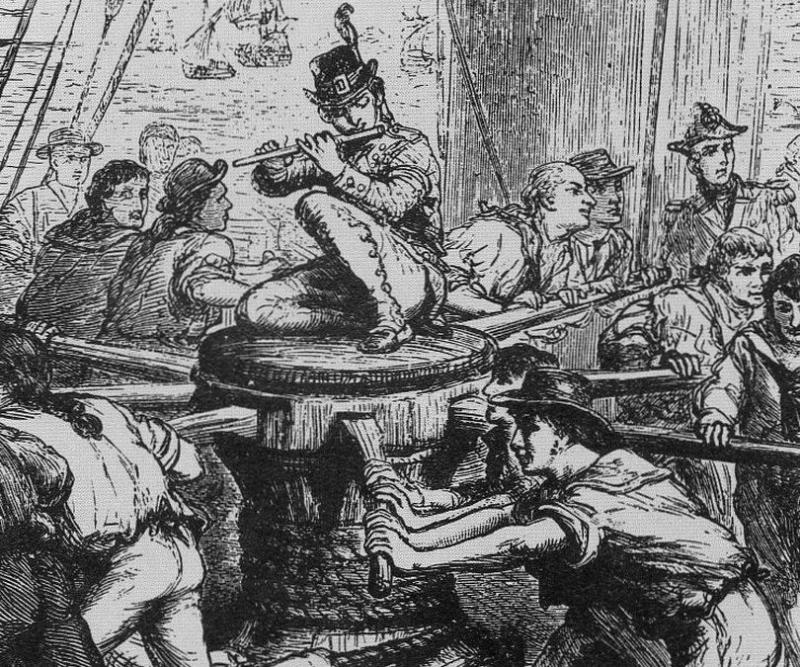 Sea Shanties are conquering the internet

Contrary to popular belief, the most talked about musical sensation amongst young listeners at the moment is not Olivia Rodrigo’s breakout hit “Driver’s License,” or SZA’s “Good Days,” or even Ariana Grande, Doja Cat, and Meghan Thee Stallion’s exciting “34+35” collab. In fact, the musical trend taking over the globe right now is not even from this century. Thanks to the power of viral TikTok videos, Gen-Z and Millennial music fans have surprisingly grown obsessed with traditional sea shanties.

Sea shanties are a style of 19th century folk song that were originally sung by merchants, pirates, and sailors at sea. Their lyrics and tunes were purposefully created to be simple and catchy so that crew members could easily learn the songs and join in. The collective singing experience was an important tradition, as it enabled crews to focus and unify while sailing.

This forgotten style of music has unexpectedly turned into the biggest musical trend of 2021, thanks to a TikTok posted by 26 year-old Nathan Evans in which he sings “The Wellerman,” a 1860s sea shanty. The video began to garner attention in late December as fellow TikTokers created duets to add their own voice or instrument to the performance. The original video and its duets quickly received millions of views, prompting the creation of the trend “#ShantyTok” and inspiring others to join in. As of February, Evans’ original video has amassed over 11 million views, while videos tagged with #Wellerman and #SeaShanty have reached over 140 million and 4 billion views respectively.

As #ShantyTok grew in popularity, fans were inspired to give their favorite 21st century songs the sea shanty-treatment. Remixes of Cardi B and Meghan Thee Stallion’s “WAP,” All Time Low’s “Dear Maria Count Me In,” and Smash Mouth’s “All Star” have gone viral, amongst others. Even the US Navy Band joined in, putting their own shanty-spin on “We Are Never Ever Getting Back Together” by Taylor Swift. These modern day shanties have prompted musicians across genre and generation to get involved in the trend, including Andrew Lloyd Weber, Jimmy Fallon and the Roots, and Brian May of Queen.

While it may seem strange upon first glance, it’s really no surprise that sea shanties are the new anthem of 2021. These songs are primarily about connection and collaboration, two things that we are all searching for as we enter the 11th month of COVID-19 restrictions. As #ShantyTok creator Nathan Evans said, “everyone is feeling alone and stuck at home during this pandemic, and [shanties] give … everyone a sense of unity and friendship … [they’re] great because they bring loads of people together and anyone can join in.” This special style of music is surprisingly exactly what the world needs right now, and TikTokers like Evans are creating a global community, one sea shanty at a time.

Are you collecting all of your royalties? Find out here