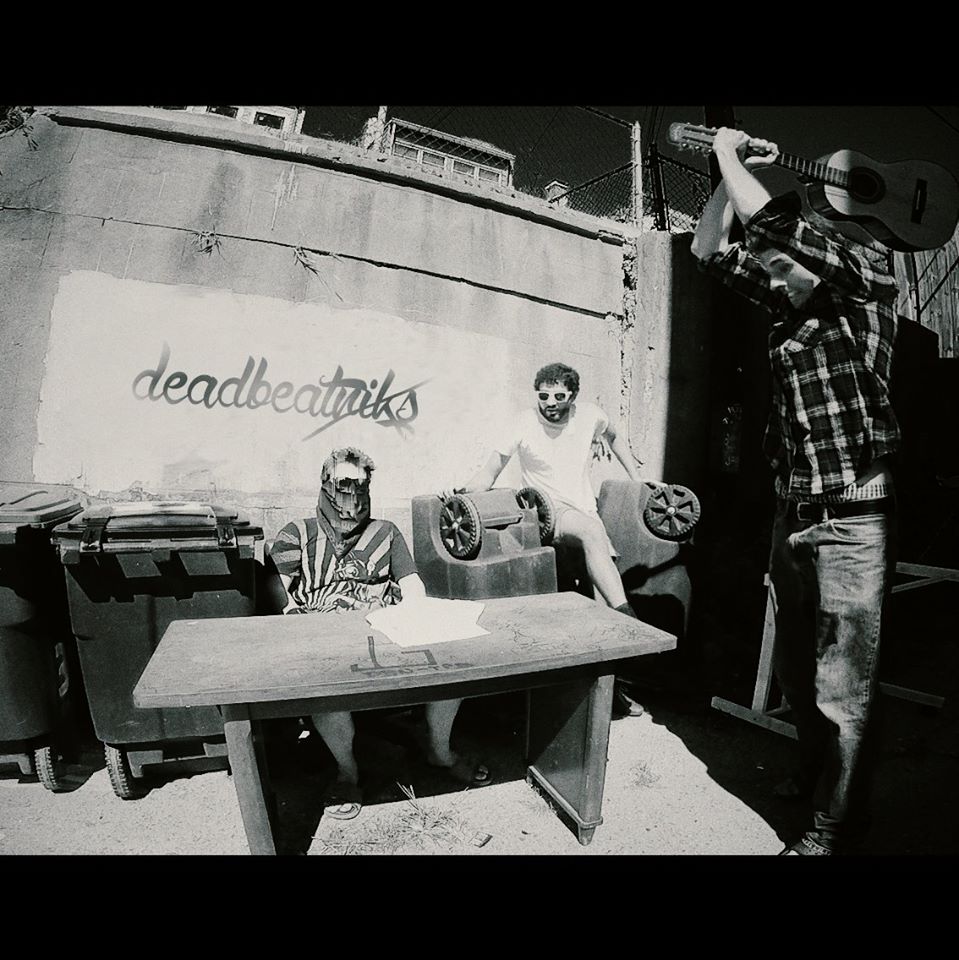 Getting To Know You: Dan Turner of Washington D.C.’s deadbeatniks

Today’s feature is on Dan Turner and his band The deadbeatniks, a hip-hop/funk collective out of the nation’s capitol, Washington D.C. Dan, a Berklee College of Music grad, took some time to sit down with us to tell us about his musical roots as well as the band and their album Can. The band recently moved down to New Orleans to get “weirder and jazzier” and work on their new album. Check out what Dan had to say below.

Gigmor: Thanks so much for taking the time to talk with us at Gigmor! First question, how did the deadbeatniks get started?

Dan: We have all been friends for a very long time, all kind of doing our own music. Then we said, “Screw it, why aren’t we doing this together?” I’m originally a sound engineer, one of us is a visual artist, and the other one is a classical jazz player. So we kind of just brought all three of those together you know, making music, making videos. As far as the name, it’s just kind of a joke at one point and we ran with it. Also, side note, the d is lower case.

G: Noted. What’s in store for deadbeatniks? Any new music coming out?

D: Yeah we’ve got some new music and videos coming out, we’re trying to have our album done by 2017. We should have some new videos out in the next couple months we’ll be sure to post them on our Gigmor page. We’ve got this new song about Daiquiris, we’ve been obsessed with them ever since moving down to New Orleans, and we’re actually going to the New Orleans Daiquiri Festival next weekend so we’re going to shoot the video for our song then.

G: Wow, very cool. So personally, what’s your musical background? When did you start playing?

D: I’ve played drums since I was 14 but really now a days I’ve been focusing on mixing–I’ve been doing sound engineering for about four years now. What I like to think about my musical career is–at this point–that I’ve got the ears for it, I’m more on the production side. We just moved down to New Orleans and I’ve been connecting with a lot of great brass musicians.

G: Do you have any solo work out?

D: I have some beats and stuff but pretty much everything I do is for deadbeatniks.

G: What/Who are your inspirations behind deadbeatnik’s songwriting? Kristen Ritter?

D: Pretty women yeah for sure Kristen Ritter is definitely an influence. But in terms of musicians…uhhhh… Gorillas, Portishead, and Ol’ Dirty Bastard.

G: What was the songwriting process of making your album Can like?

D: It wasn’t rushed, it wasn’t like we had songwriting sessions. We would just hang out and you know, we’d have a wall full of ideas… like a creative wall. So we didn’t force anything we just kind of let it play its self out. It was simply a group of great individuals with great ideas just bringing it all together. We didn’t really have a process.

G: Well you guys definitely have a great sound. Now in terms of Gigmor. How did you find out about the site? What do you like about it?

D: I just moved to a new city and saw an ad online about it. I just thought it couldn’t hurt to try and connect with as many new musicians as possible. What I like about it– it’s aesthetically pleasing and easy to find what you’re looking for. Keep it up!

G: Well Dan thanks so much for the input and talking with us today. Check out deadbeatnik’s album Can here and give them a follow to keep track of their upcoming releases.